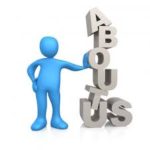 The European Muay Confederation (E.M.C.) was created as a venue for the European Zone Members from World Muay Federation (W.M.F.) to be able to independently create, showcase and organize their own Zone events and Championships.
With an ever growing number of members, federations, associations and organizations in Europe looking for a banner to unify them and to better represent their needs and advancements, in March 2013 the President of  W.M.F. Lt.Gen. Akachai Chantosa had presided over the First Extraordinary Meeting of the Europe Zone where he officially announced the decision of the Executive Board Meeting of W.M.F.:

The official formation of the European Muay Confederation E.M.C. and appointment as its President Mrs. Gabriela Murg and as General Secretary Mrs. Maria Kozleva.
Since that day, following the guidelines and rules of W.M.F. the European Muay Confederation E.M.C. has been responsible to unify and organize in Europe all of the National Federations, Associations, Leagues and Clubs under the banner of E.M.C., making sure that just one rule book is followed, that all individuals and trainers meet the same criteria and standards in the sport.
Another milestone in the creations of E.M.C. had been achieved, once the usual pattern and misconception that Muaythai  is the national sport of Thailand and could not be adopted internationally, when an already proven and successful model applied in Asia started to be followed and implemented with the first step being to call the sport Muay. Not only that this will be opening the doors and soften the perceptions of even the most conservative individuals in all socio-political level worldwide, but at the same time will preserve the Thai Heritage and the Muay Boran way, putting the great sport of Muay  in a spotlight with Thailand always being able to call it Muay  in an exclusive manner (eg. Muay Fin – for Finland, Muay France, Muay England and so on..)

We, the Executive Board, here at European Muay Confederation want to offer you all a Warm Welcome and be sure that in time we’ll love to hear from all of you and meet you at one of our event.

With Great Respect to all our Members and Future Members,
Executive Board of E.M.C